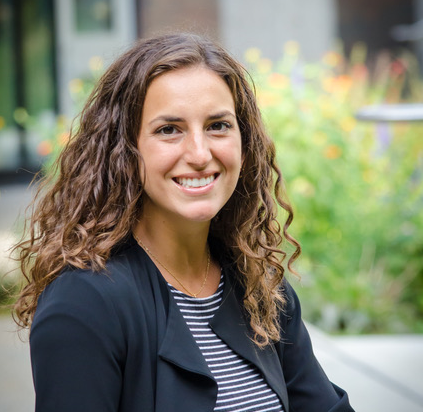 In 2010, when Claudia Di Iorio was just 16, she fell victim to a serious car crash in which she was a passenger. Despite the horrendous situation, luck was on her side. The incident happened in close proximity to the Montreal General Hospital which allowed for timely treatment from our highly trained and well-equipped medical team.

Despite all of the interventions, she spent almost a month in a coma. When she woke up, her father explained the situation to her: she had a severe concussion, her hips and pelvis were fractured and she was paralyzed on the left side. She needed no fewer than three brain operations to limit long term injuries and release the blood that had built up in her cranial cavity.

“My life changed in a fraction of a second. Following the accident, every moment and every move at the hospital was decisive. I was extremely lucky to recover with no serious permanent side effects. I know that not everyone is as lucky.”

The road to remission was a long one and Claudia had to be patient more often than not. Today, she hopes that her story can remind young people of the need to drive with caution. Above all, she wants to stress the importance of supporting vital care. After all, without the Hospital’s state-of-the-art equipment and medical teams who saved her life, the outcome would have been very different.

“Today, I live a normal life and I’m following my dreams – all this thanks to the MGH medical teams.”