Keeping up with the Cookes

The question Mrs. Cooke gets asked the most often? How old she is.

Because the day surgery department volunteer has already blown out a few candles. But the most striking thing about her isn’t her age: it’s the spark of kindness in her eye. 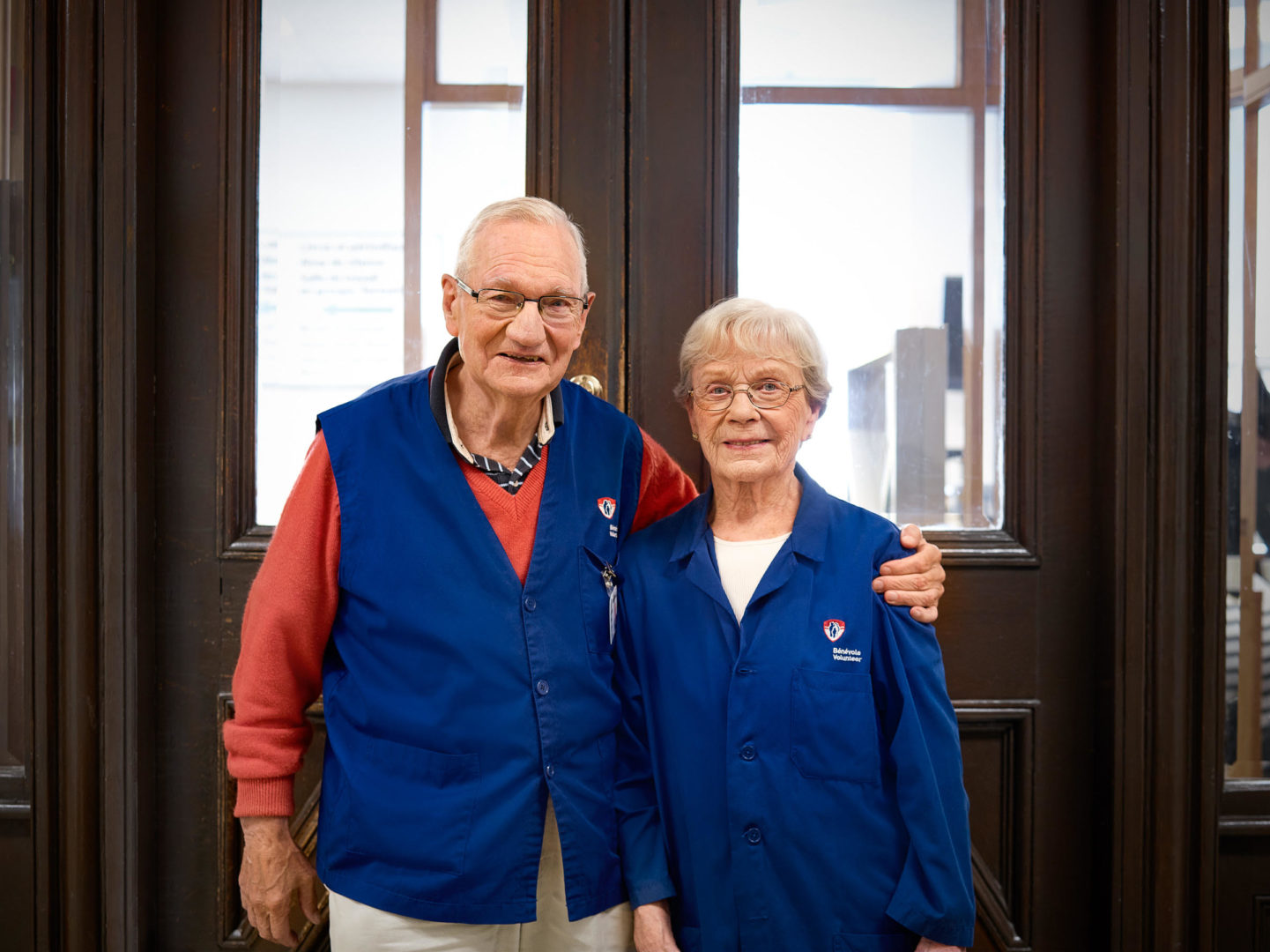 June and her husband, Dr. Cooke, are both Montreal General Hospital volunteers. Every Thursday, they get up before dawn to be at their jobs by 6:30 a.m. June welcomes patients who arrive for day surgery, and Ralph heads for the gastroenterology department, where he tells patients about the examinations that they are about to undergo.

Believe it or not, the first time they met was in a hospital. June was studying nursing in Sherbrooke and, during a shift at the hospital, she treated a medicine student with a head injury. His name? Ralph Cooke. A few years later, Dr. Cooke and his wife moved to Montreal.

Their eldest daughter was born right here, on the seventh floor of the Montreal General Hospital, where the day surgery department is now located. “At the time, husbands weren’t allowed to be in the room during the birth,” explains Dr. Cooke. “I was forbidden to be present for my daughter’s birth, even though I was an obstetrician and had delivered hundreds of babies. The first time I got to see my own baby was through a window!” The new father was irritated, and the incident spurred him to pass his message on to the hospital. When he returned to his practice, he invited a couple of patients to try the experience, by giving the father a chance to be in the room for his child’s birth. Within a few months, this had become common practice almost everywhere in Quebec.

The importance of giving back

Our pair of volunteers both worked for a number of years at the Montreal General Hospital. Dr. Cooke completed his university training here and came back at the end of his career, after the closure of the Queen Elizabeth Hospital, where he had spent much of his career. Today, Dr. and Mrs. Cooke’s attachment to their profession, the community and the MGH is what inspires them to help patients and staff members by donating their time.

“At the end of the day, I’m not sure whether it’s me or the hospital that gets the most from my volunteer work,” says Mrs. Cooke. “It’s great exercise for my mind, it makes me walk and the employees I work with are so nice to me!”

“In my family, it was very important to give back,” explains Dr. Cooke. “That’s why I’m so glad to do volunteer work at the hospital, because I have the feeling I’m giving back to the community, and that’s very important for me. And each week, I bump into former patients whose children I delivered! That confirms what I love about this hospital: it’s human. There’s a unique, friendly atmosphere.”

Numerous patients also appreciate the work of our volunteers. Dr. Cooke estimates that 90% of the patients he accompanies before their examinations stop by to thank him afterwards. A simple gesture that makes all the difference.

The Cookes at a glance

Dr. Cooke dropped by to see us at the Foundation the other day. He was holding a violin — one of the 87-year-old’s numerous pastimes, along with squash, three times a week.

Clearly, keeping active is the key to staying healthy and happy as we get older!

If you too would like to get involved at the Montreal General Hospital or the Foundation, feel free to drop us a line at info@mghfoundation.com or phone us at 514-934-8230.