If each woman, each family, experiences parenthood in a different way, I believe that the majority would be struck by the common feeling of isolation.

Because all of a sudden our life schedule is changed, we go to bed early, we are tired, we no longer work. Isolation can also come from the fact that we have made choices that are different from those of our friends in terms of breastfeeding, bedtime routine, clothing for our child or the way we choose to structure our day.

When emotions are running high as they are in the months following childbirth, and sleep is in short supply, it is easy to feel isolated or judged. But I am speaking to all mothers when I say that it is important to overcome this fear and keep our ties with our loved ones. This is how we will realize that in reality, we are all in the same boat. 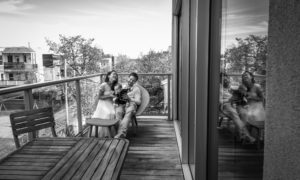 Discover How You Can Help a New Mom 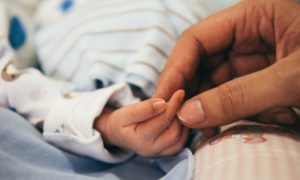 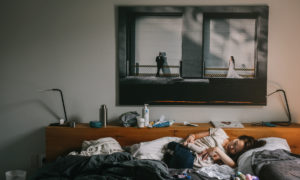 What Are the Signs of a Postpartum Depression?

How can we break this isolation?

First of all, we must accept that all families are different. Stop trying to impose your way of doing things on others, even if it is done in a caring way. When someone is not doing well, don’t give them advice. This sounds strange at first, but that’s why in therapy we don’t usually give advice or solutions! Instead, we need to listen to the person talk about their issues, maybe show them the situation from different angles that they can’t see, help them brainstorm, so that in the end, they make their own decisions.

The key is really empathy. Listening to each other, checking in with our friends, our daughters, our nieces. Don’t judge their approach to parenthood and be careful: in particularly emotional times, people tend to close in on themselves. Yet it is the connection with others that helps us to get out of depression and anxiety. 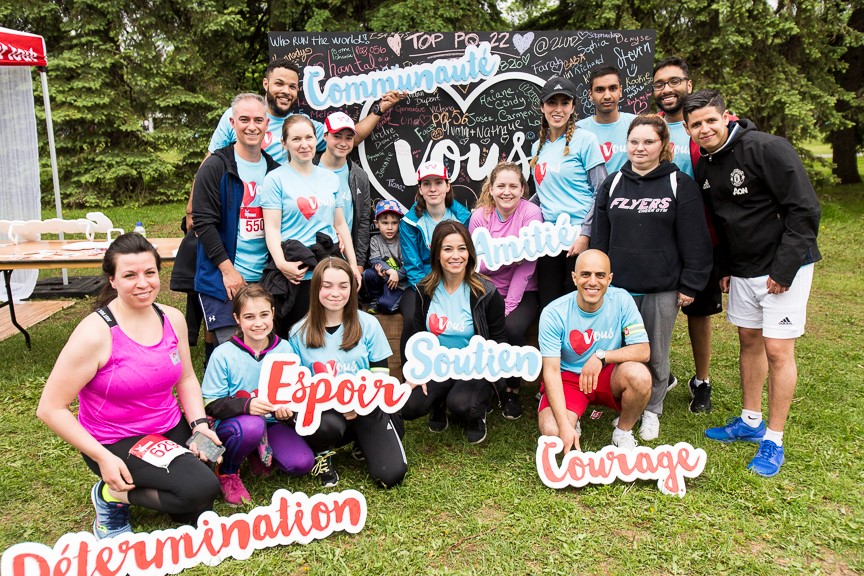 Physical activity is also a good way to take care of your mental health, it has been proven time and time again. And since running, walking and many other activities can easily be done in groups (or in pairs), it’s also a great way to keep in touch with your loved ones. You may also want to exercise alone, to take some well-deserved “me time” and that is also a good thing.

Kill two birds with one stone by registering for the Run-Walk for women. Since the event is virtual this year, you can choose to participate alone or in a group.

Register for the Run for Women 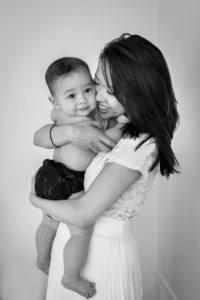 In the media and in general, there is more and more talk about postpartum depression, but there is still little talk about the anxiety experienced during pregnancy or after childbirth. Otherwise, when the subject is discussed, it is done in a way that normalizes the phenomenon.

Becoming a mother is one of the most important transitions in a woman’s life and it can bring some upheaval. This new role brings a lot of meaning to our lives, a lot of positive elements, but it is also very difficult on our mental health! We humans are like that, we don’t like change.

After the birth of a baby, we suddenly have to take care of a fragile little being, learn to guess what his cries mean, make sure he gains weight, sleeps well, doesn’t lack anything. Not to mention all the worrying that goes along with breastfeeding!

If it is “normal” to have fears when you become a parent, know that it is not “normal” to live with intrusive thoughts. If your worries are keeping you from functioning, it’s time to get help. This is true for new moms and it is also true for their spouses.

The way anxiety is portrayed as a societal phenomenon means that many women don’t seek the help they need because they tell themselves that they are not depressed, they are just anxious. But anxiety can be treated too! Just because more and more people are suffering from it doesn’t mean that you have to live with its symptoms.

More and more people are becoming diabetic, but that doesn’t mean that every new case of diabetes shouldn’t be taken seriously and treated with insulin (or the appropriate treatment).

Let’s learn to identify perinatal anxiety and offer tools to those who need them. My team and I are doing just that, thanks to the support of the Montreal General Hospital Foundation.

How Can We Help?

When it comes to perinatal depression and anxiety, there are two key words to remember: listening and empathy. From there, you will be able to help the new mother – and her partner! – much more effectively.

The first step to getting out of depression or anxiety is for the person to recognize that they have a problem. You can help them by mentioning that you have noticed a change in their attitude, that you are concerned about them. Be careful to choose your words carefully, because remember, as emotions run high, so can reactions.

Offer to listen without judgment. Refrain from giving advice, just be there when she needs to vent, share her fears or even talk about her child in a positive way! By showing her that she can discuss this with you, you will help break down her sense of isolation and strengthen your connection with her.

Being a good listener also means offering the help that is requested, in the form that best suits the person being helped. 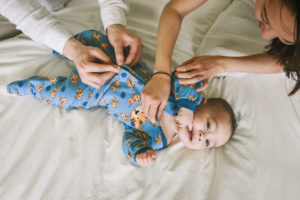 For example, one of the first reflexes is often to offer the mother a time of rest without having to take care of her child. While this is a good idea, it does not apply to all cases! Some mothers will want to be offered time to be with their child. The help offered could be more related to chores and food preparation, for example.

The most important thing is to be attentive and present. And if you see that the new mother really needs psychological help, you can also direct her to the appropriate resources:

Partners’ Distress: A Factor Not to Be Overlooked

Depression and perinatal anxiety in the mother are becoming part of the vocabulary, but what about the partners?

It is true that the mother is going through an ordeal of her own that is particularly trying: carrying the child, giving birth, physically recovering from the birth and then experiencing hormonal fluctuations. All of this is enormous, but it does not prevent spouses from suffering during this period as well. 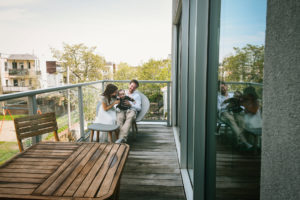 After all, their daily lives are also disrupted, sleep is diminished, and in many cases, they find themselves caring for a child in addition to a spouse who may be unwell or emotionally unavailable.

The main advice I would give, and it applies to both spouses and moms, is to listen to yourself. Without doing so, you will not be able to be fully emotionally present for your child, your partner and other members of our family.

And as I explained in relation to anxiety, if your thoughts become overwhelming and prevent you from functioning normally, it is time to seek help.

More and more research is being done on the psychological distress of partners and I have been interested in this for a few years now. Thanks to the funds raised by the Montreal General Hospital Foundation during the Pharmaprix Love You Run for Women, we are able to develop screening tools for depression and anxiety in partners and to offer online prevention tools.

We are also collecting data that will help prove to various levels of government that investments in mental health reduce costs to the health care system. And this is true for both new mothers and their partners.

Thanks to you, in short, we are able to help even more women and men who need it. With a little help and the right resources, it is possible to overcome these challenges. My son is two years old today and I am happy to say that his mother is doing well, that she is enjoying life at work and at home. 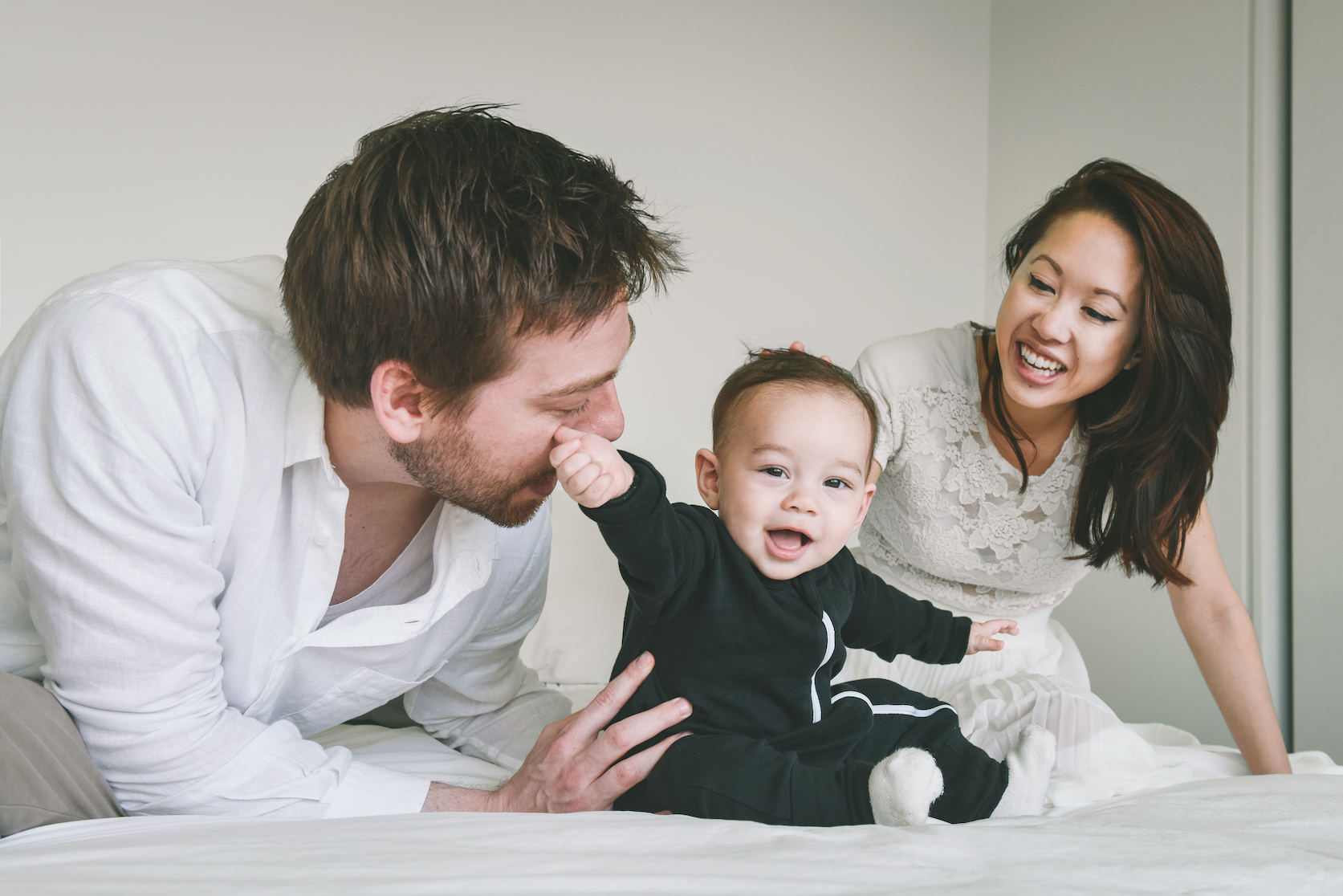