Turning a challenge into a new possibility to help others

Smadar Brandes is a vibrant and passionate young individual, particularly when it comes to music. She began playing the cello at the age of 9 and since then, she has grown to master her skills as a great cellist and has embraced the art of performing.

However, her life changed drastically one late night in January 2016.

While on her walk home one evening on Monkland Avenue, she was abruptly confronted by a stranger. Next thing she knew, she was being attacked and felt a painful blow to her neck. Her immediate reaction was run in the opposite direction and scream for help. Luckily, a young men who happened to be walking home stopped to assist her and realized Smadar had actually been stabbed, and that the blade was still lodged in her neck.

She was transported by ambulance to the Montreal General Hospital (MGH), as it is the only adult Level 1 Trauma Centre in Downtown Montreal. Within minutes, she was under the care of the MGH trauma team. Fortunately, the blade had not punctured any arteries in her neck, but had inflicted some nerve damage limiting the mobility in her left arm and hand. Given that she was a musician who needed her left hand to play, it was inevitable that this would have a significant impact on her life. Regardless, Smadar knew she was lucky to be alive.

Life after a trauma

Over a year later, she is still being seen at the MGH under the care of the Occupational therapy team in order to keep gaining and maintaining strength in her hand. With the help of a multitude of teams she encountered along the way, she has been able to make a near full recovery. Although she has had to move from a full sized cello to a half sized, she is optimistic that things will only continue to get better.

“Without the timely care that I received from the Dr. David S. Mulder Trauma Centre’s team, I don’t know if I would still be here today. If I had gone anywhere else, who knows what the outcome may have been.” Smadar.

“I am so grateful for the care I received from the trauma team, to the nurses on the Intensive Care Unit who went above and beyond and the occupational therapists who have seen me regularly throughout the year. Most people would dread the idea of having to come back for follow up visits, but in all honesty, the people here made every visit pleasant. They made a terrible experience into a bearable and even a positive one. It is their patient care that made this experience so human.” 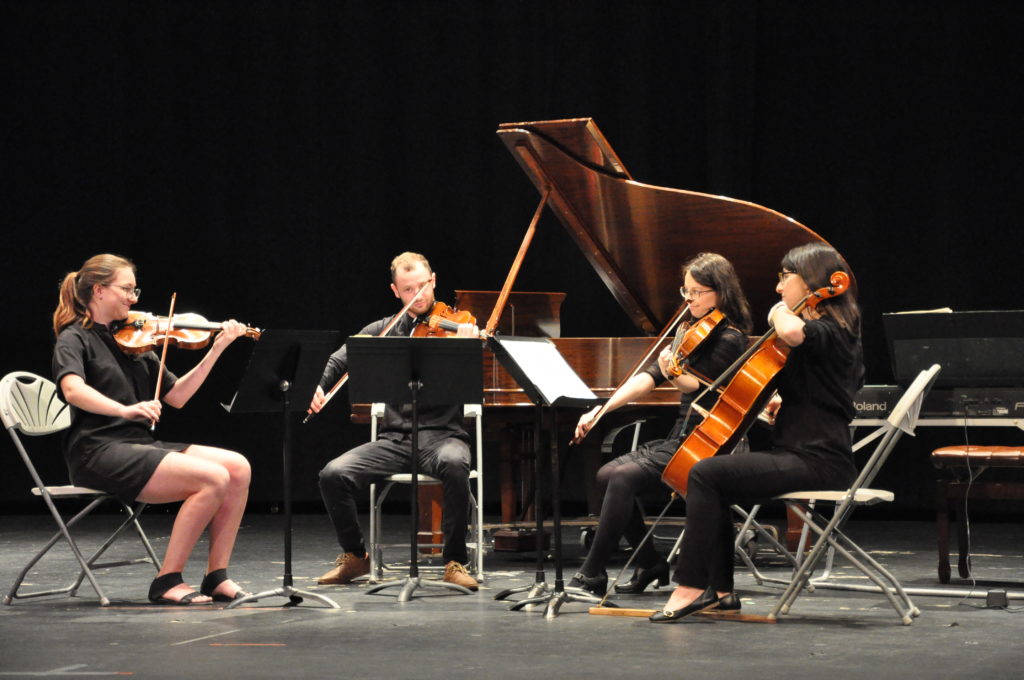 Wanting to give thanks to the care she received at the MGH, Smadar and her family organized a classical musical concert on June 17th at the Loyola High School campus to raise funds for the Trauma Centre. Many talented artists performed that night, ready to perform, but it is Smadar’s appearance on stage – with her cello – that stole the show.

“It was really important for my family and I to give back. The Montreal General Hospital not only saved my life, but they are still by my side helping me on this road to full recovery. For this, I can’t thank them enough.”

Smadar’s story shakes us to the core. It reminds us that we, as a hospital and especially as a level one Trauma Centre, have to be prepared for anything. We are pleased that less than two years after the events, Smadar was back on stage, doing what she truly loves.

In the days preceding the concert, media such as CTV, Global and Montreal Gazette have showed great interest in Smadar’s story and her wish to give back to the MGH .

Smadar’s story is singular to say the least. The odds of being attacked out on the streets are extremely low in Montréal. As a matter of fact, the number of homicides has decreased in Montreal in 2016. With only 23 homicides committed on its territory, the city has reached its lowest level in over 40 years.

Many factors can explain this decrease such as efficient police intervention and complete reorganization of the trauma strategy. With all the complex trauma cases now being sent to the Dr. David S. Mulder Trauma Centre, it’s easier to assure a quicker, more precise and effective reaction in these kinds of events.